I was typing on Women’s Day when someone decided to interrupt, which changed the focus of what I wanted to write.

As usual, something that someone needed clarified at 12.30am (thank you very much!) because someone said, something (another thank you!) which needed to be double checked with me, on whether I said something like that, at midnight (thank you again!)

(And I did write a few more things, and erased. I have learnt that I should not publish things which I might regret later.And of course, changed the title a few times, based on what I was typing/ not typing/ should have been typing. According to me of course.)

I shall move back to the gist of what I wanted to say, as part of the Women’s Day Post. What I was hoping to type in a bit more detailed manner. Which I won’t now, cz I am starting to get sleepy (something strange for me, but much appreciated).

So here goes, a few things I have learnt in life, in the last 10 years:

We are not perfect humans, but we can be happy ones, in spite of it. And more for later. For when I am not sleepy.

Oh and smile! (Easier to do so in life, than not to. At least what I think). 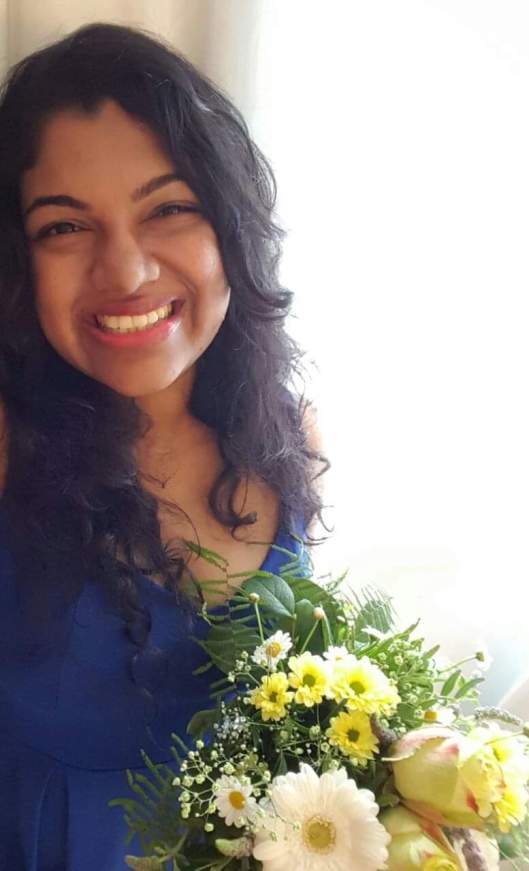 Divorcee, single parent, smiling me.  Evidence that every day is a new beginning, and that we can always change life’s course with our choices, you we really want to.

I was seated waiting for my number to be called at the doctor when through the slightly open door of the gynaecologist in the other room, I could see two patients at the table talking to him. One an elderly woman of around 50yrs of age, while the other possibly in her early 20s or not yet out of school. In boredom I drifted off to a hypothesis and possibilities of their identities.

In my head the elderly woman was the mum, and the other of course her daughter, and the doctor was in his serious mood, a rare occurrence I presumed. The story in my head weaves as I wait, the nurse been asked to step out while the conversation goes on, awaits its end, with an expression of sullen annoyance on. After a good half an hour the two step out, and the mum instructs the girl to worship the doctor. She still remains annoyed, but looks relieved. The girl coming out, seems happy, and sans scruples.

As my hypothesis continues, the only explanation I could think of was the possibility of a mum and daughter who had come in search of an abortion, being answered in the positive. Blame me for the twisted creativity of my mind, but in my boredom, waiting in a crowded room filled with sick beings, I preferred my assumption to the possibly contradicting reality of the circumstances. I imagined that one mother and daughter who had come in seek of relief, regarding an unwanted pregnancy had been answered, or given directions as to how they could find their solace without depending on the mercy of a jackass who possibly got the girl pregnant but did not want to man up and accept his kid. I liked to think that the girl who yet didn’t seem to have the capacity to raise a kid on her own, was not to be burdened with her charge, and then in turn was not to end up dragging a kid’s life into misery in the process. I like to think of it all, in my way of thinking. Not because I am not pro life, but because I have seen what women go through in trying to find a way out of a miserable life they might end up in, thanks to morality and laws that would not evolve, while the world around has moved on.

I think of the woman I know who bore a kid from the man who raped her, her brother who took the kid into his family as his to be exposed to the world, so that his sister could continue her studies and have a life. She ended up supporting the kid nevertheless, as he was hers, though the genes of the dad seemed evident, with the kid getting into trouble since his early teens, and turning his back on any form of education attempted to be given to him. Her destiny was decided a good 18 years ago, when she could not ask for an abortion, even while a medical student. May be she was scared, maybe she was in shock, ma be I just do not know what truly went in her mind. But then have things changed much over those years? Though one wishes to answer in the positive, evidence proves otherwise. Asking the question of the possibility of an abortion is enough to cause embarrassment, to be ridiculed, preached and scolded with unsolicited lectures handed over.

I wonder when the world has moved on with the right to choose why we lag behind preaching and making lives miserable for those who cannot but end up turning for illegal abortion options, risking their lives. Why preach when ears are not open to hear, but not help when it is help that be needed? In my hypothesis of what went in that room with a doctor and two women, I gained respect for the man who would have given some hope to those two individuals of a future that was less bleak. Even had he not agreed to perform the task, I still respected the man for asking the nurse to step out and not evesdrop on the conversation which would have been difficult enough to have, and which would have been made more uncomfortable in the presence of a third party.

I respond to my calling, walk in, leaving the slightly open door behind, and with it the rest of my imagination.

Adi and I spoke after a very long time. He was back at the place where we first met and I felt alone, for some reason. The night two years ago gushed with memories too fresh to push back, and the moments of bonding and disasters in the making ever too familiar. Faces of familiarity among faces of strangeness, Irish girl who liked Adi, and my red coloured dress he remembers vividly. I remember his turban, and the long walk at 3 am when everyone else was asleep. The dogs on the street straying on their own, and the dogs who decided to crowd upon us, and check who were the cowards, us or them. I remember too well, in too much detail.

Deserted streets of exotic dancers returning home after their duties performed, the random men offering their goods for sale, the goods Adi had purchased without my knowledge, which he did not heat up well, failing to perform their expected ecstasy.

The land miles away, the friendship made that remain across borders, religions and ethnicity. I tell Abhi with whom I randomly struck a conversation after weeks, that Adi is online, and that we are talking of our night out, the club, the vomiting, the booze, and the insanity of voluntary intoxication. He laughs, “I remember your red dress!” he adds, I laugh too. I realise that everyone remembers red. Red was the dress, red was his t shirt, red was the sign I failed to see, when I should have, and when I embarked on a journey destined for destruction, red was rape , red were those eyes, filled with lust and drunkenness. Red was what was around, is around and continues to be around.